San Diego Home Sales website search offers all La Jolla homes for sale plus condos and foreclosure properties. You are able to get new property listings daily that meet your search criteria plus price reductions. 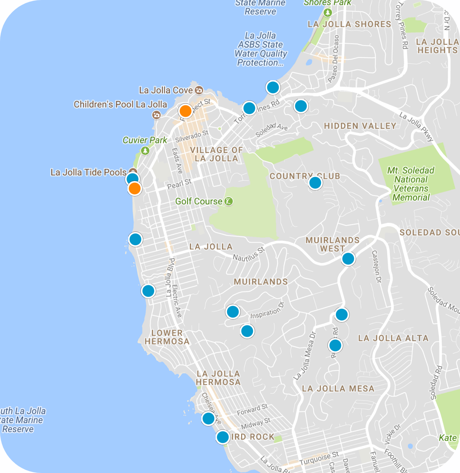 La Jolla, with a population of about 29,000, is a small beachfront community within the City of San Diego that has become one of California’s most popular resort towns. La Jolla boasts one of California's most beautiful coastlines and the perfect mix of hillside to capitalize on the view. It's all beautiful, sun-soaked most of the year, clean and safe, and there are many unique neighborhoods in La Jolla with different levels of prestige and real estate prices.

So many options, how to choose? Well, regardless of your decision you really can’t go wrong as becoming a resident of La Jolla guarantees that you'll be surrounded by beauty every day. This is San Diego real estate at its finest.