La Jolla is a gorgeous city located in Southern California and is surrounded by ocean bluffs and beaches.  This affluent, hilly seaside community is located in the northern city limits of San Diego along seven miles of the picturesque Pacific Coast.  In fact, incorporated as part of San Diego in 1850, La Jolla was one of San Diego’s first neighborhoods to be settled. 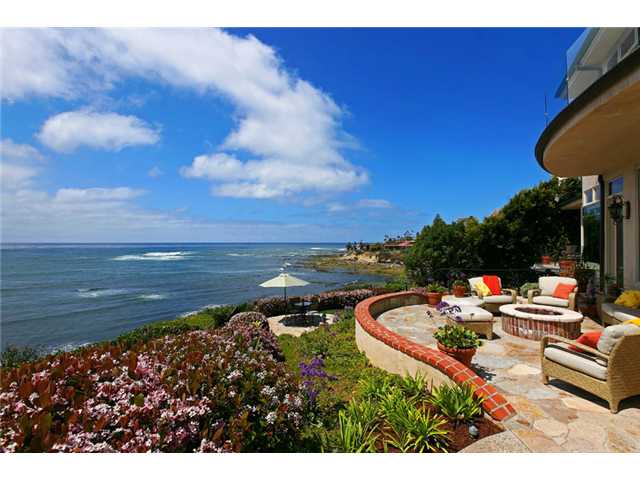 La Jolla is well known across the country as having some of the most spectacular weather.  Temperatures rarely dip below 50 degrees in the winter or top 90 degrees in the summer.  Typically, in the winter, temperatures average in the upper 60s in the winter months and the upper 70s or low 80s in the summer.  Added to the ideal temperatures is the incredible Pacific Ocean which abuts the western edge of La Jolla and makes the town a perfect spot for beach lovers to live.  During the summer and fall months, the beaches are overflowing with beach goers looking for sun, surfing and other water activities.  In the winter and spring months, the coastline becomes very foggy and the surf crashes into the rocks with fierce power.  None the less, the Pacific coast is still extraordinary.

Many people associate La Jolla with world class golf because of the combination of the ideal weather, beautiful courses and, most importantly, the annual PGA Tournament held at Torrey Pines.  But La Jolla has so much more to offer its residents including superb shopping and dining, excellent beaches, parks, and one of the two locations of the Museum of Contemporary Art.

Prospect Street, the “main drag” of La Jolla, features so many unique shops as well as top notch restaurants with delicious food.  In addition to Prospect Street, other popular areas for shopping and dining are the community of Bird Rock and the Village of La Jolla.

Stepping outside the obvious attractions of La Jolla, there are so many areas for residents and tourists to explore including Mt. Soledad, the area’s highest point with panoramic views of all of San Diego and the Pacific Ocean; the coves and caves along the Coast; Torrey Pines State Park; Scripps Park; Birch Aquarium, and more.

So Many Nice Neighborhoods

The communities located throughout La Jolla are filled with the loveliest homes along charming streets from small beach-y cottages to elegant oceanfront estates.  La Jolla is most known for its real estate as it has some of the most exclusive homes in the country.  There are about 16 communities scattered throughout the entire La Jolla area with the most expensive homes situated along the Coast in neighborhoods like La Jolla Farms, La Jolla Shores and Beach-Barber.  As you head east, other lovely communities like La Jolla Village, La Jolla Heights and Soledad South.  And finally, for those who want to be closer to San Diego, Bird Rock, La Jolla Alta, and La Jolla Mesa are ideal communities.

The people of La Jolla love where they live because they love.  In addition to the views and the close proximity of the water, they settle here because they are far enough from the hustle and bustle of San Diego but like the idea of being only 15 minutes from the downtown area.  The median age of the residents is about 38 years with an average household income being about $144,000.  Most of the residents are professionals and educators as the University of California – San Diego is adjacent to the northern end of La Jolla.

A Wonderful Place to Live

There is probably no better area of the country than San Diego in which to live.  To get more specific, La Jolla is the probably the most perfect place to live if you can afford the multi-million dollar price tags.  With views of water and city skylines, it is no wonder that the residents are set on spending the rest of their lives there or that so many people who visit end up moving to La Jolla.