The Cream of the Crop – Real Estate in La Jolla

The real estate market in La Jolla showcases some of the most beautiful and desirable estates in the country.  As one of California’s most popular resort towns, this picturesque community features some of the most expensive homes in the country.  Situated on a hillside in Southern California, La Jolla features some of the most charming cottages, sprawling estates set along the Pacific Coast and everything in between.  The common denominator of all of these properties is their above average price tag.  In fact, in 2009, La Jolla had the highest average sale price in the United States at $2.1 million. 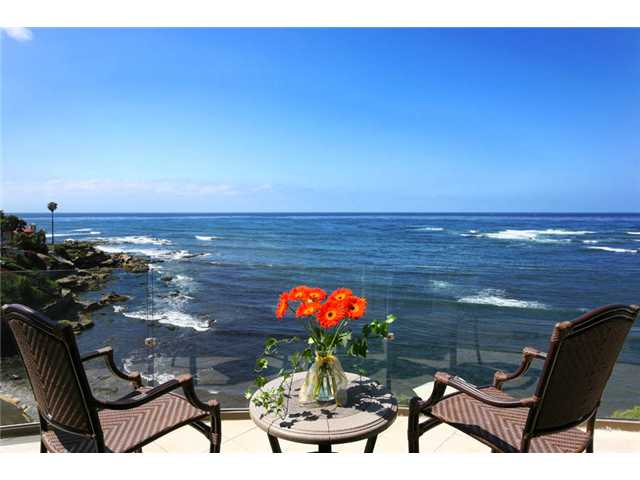 La Jolla offers communities with different features that attract many different types of buyers.  While all of the neighborhoods in this affluent community are considered to be exclusive, some are more so and come with a much higher price tag than others.  The homes and condominiums priced on the lower end are still deemed to be priced higher than most communities around the metro area.

List prices and home values are, for the most part, based on the homes’ views of the water and San Diego skyline.  With that in mind, the most exclusive areas of La Jolla with the best views are Country Club, Hidden Valley, La Jolla Farms and La Jolla Shores and La Jolla Heights where single-family homes start around the $1 million mark and climb into the tens of millions of dollars.  It is not uncommon for real estate in La Jolla Shores to top $20 million.   Condominium homes in these same neighborhoods tend to start in the middle to upper-$700s but can be found at the half-million dollar mark making it more affordable for some to have a La Jolla address.  Two other coast areas of La Jolla which are probably the most exclusive, are Lower Hermosa and Muirlands where, when they are available for sale, will start in the mid-$1 millions in Lower Hermosa and $2.5 million in Muirlands.

Oceanfront communities like Bird Rock and Beach-Barber are more eclectic, beach-y communities where single family homes start at about $1 million and go up depending on the view.  For condominium homes, some start as low as $350K and climb.  It is important to note that the residents have a very free and easy attitude in these areas especially in Bird Rock where the beach here is clothing optional.

Heading south and east of the coastal and downtown areas of La Jolla, communities like Soledad South, La Jolla Mesa, and La Jolla Village, sit on and around Mt. Soledad feature beautiful views of downtown La Jolla and San Diego.  Listing prices in these areas start a good bit under $1 million for single-family homes and under $500K for condominium homes.

Considered to be the “most affordable” communities in La Jolla are Upper Hermosa, Muirlands West and La Jolla Alta.  These neighborhoods have larger homes that start just over $1 million and increase from there.  Much of the charm and appeal of Muirlands West and Upper Hermosa stem from their close proximity to the shopping and dining in Bird Rock.  La Jolla Alta is an excellent neighborhood for families because of its closeness to the area’s top schools.

The overall median sold price for homes in La Jolla is about $1.1 million based on the most recent statistics.  This represents a 15 percent increase over last year.  On average, listings stay on the market for about 130 days give or take a day which for homes of this caliber is not a long time.  Condominium homes do tend to sell a little faster but not by much time at all.

La Jolla is a perfect consideration for a home if you are one who wants to live in the most beautiful towns in the country and if money is not a concern.  With the majority of homes having spectacular views of the Coast, the skylines or Mt. Soledad, it is a true pleasure to live in La Jolla…not to mention all of the fun that exists here.  Make sure La Jolla real estate is on the short list if all of these qualities are desires you have in a home.